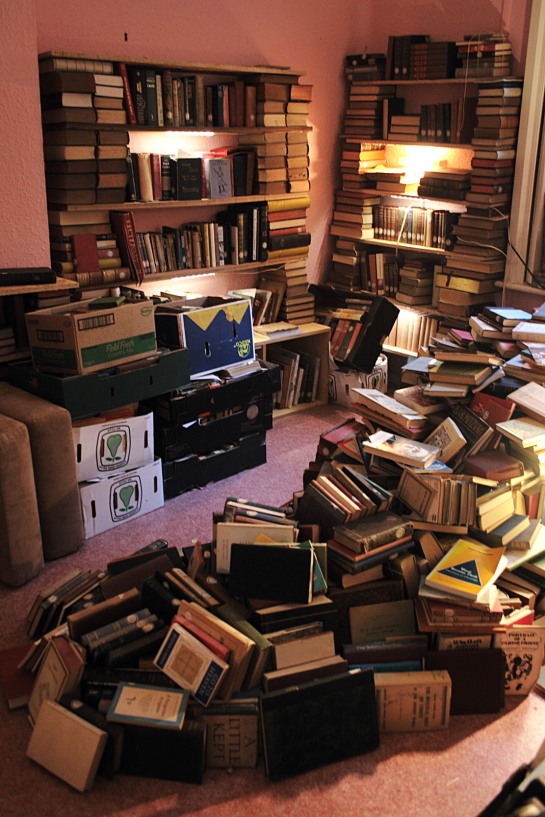 In the summer of 2011 The LFTT Library was provided with its first official residency at Broadstone Studios, Dublin. Working between a ground floor studio space and the large dining hall of the historic 1840′s Art & Crafts building at 22 Harcourt Terrace, Dublin 2, a number of artists were enlisted to help ‘edit’ the library. This was a timely and somewhat absurd process which added to the shape of the archive and introduced us to its character, while clarifying little. 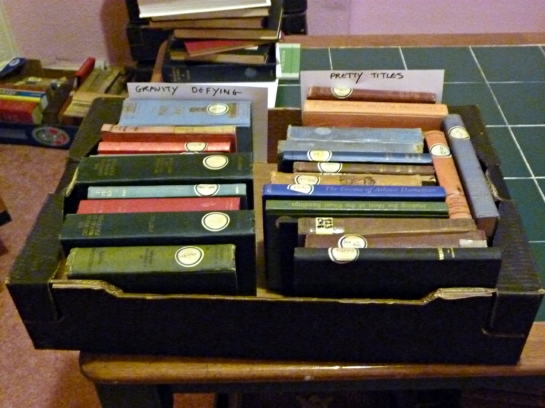 Initially there was talk of each member self-selecting a number of titles to keep and/or discard and that the archive as a whole would then reflect the multiplicity of these numerous ‘editors’. The group later decided some sort of collective goal would be better for the good of the library and its future public transparency. The decision was made to devise categories for the library items on a ‘needs must’ basis as the various subjects appeared to us during sorting, and later to refine the content of these categories. What resulted was the beginning of an endless list which is still being added to at each of the libraries destinations where the public are also invited to partake. When it came to editing, rather than refine the content of each category there was one particular category which everyone was in agreement about removing in its entirety… 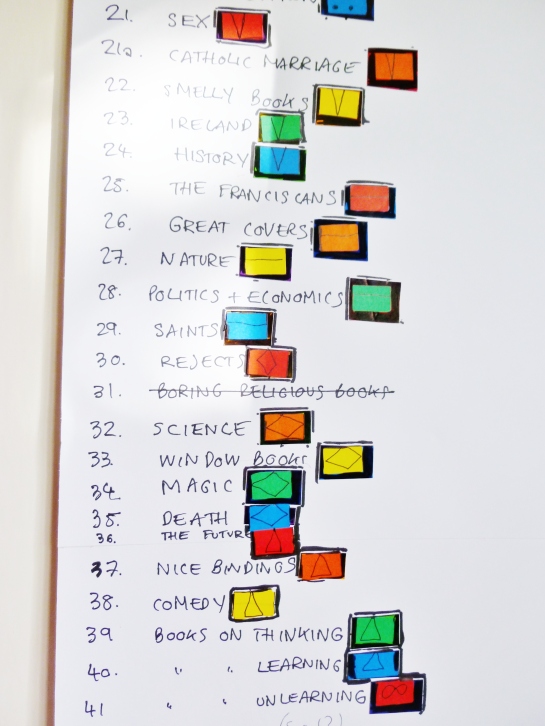 Corresponding colour coding and symbols were placed on the spines of the books for ease of reference. This is a system that has been adapted for other layers of categorisation since, dependent on its need in the new context and on what it is important to make instantly visible. As yet no complete universal reference system exists for the library.