During her residency Masae’s work took a visual anatomical approach to the psychology behind stories from celtic mythology, in particular the subject of the ‘Merrow’ or mermaid in W.B Yeats ‘Irish Fairy Stories’. Fusing symbolic form extracted from the story in the manner of a ‘Rorschach’ inkblot with a diagrammatic narrative style of layered transparencies; extracted keywords and elements are superimposed in space, producing the effect of a miniature stage or operating theatre of the mind. 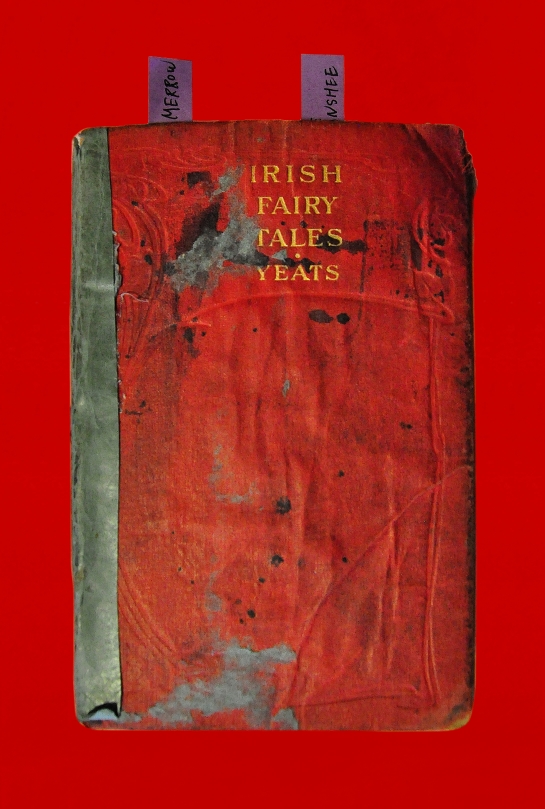 Picture above show’s W.B Yeats ‘Irish Fairy Tales’ found in the library. Masae arrived with a japanese translation. Below is a detail shot from one of her exhbition pieces ‘The Merrow’ (2015). Images courtesy Helio Léon.